The Scoville scale is the measurement of the spicy heat of chili peppers or other spicy foods as reported in Scoville heat units (SHU), a function of capsaicin concentration. The scale is named after its creator, American pharmacist Wilbur Scoville. 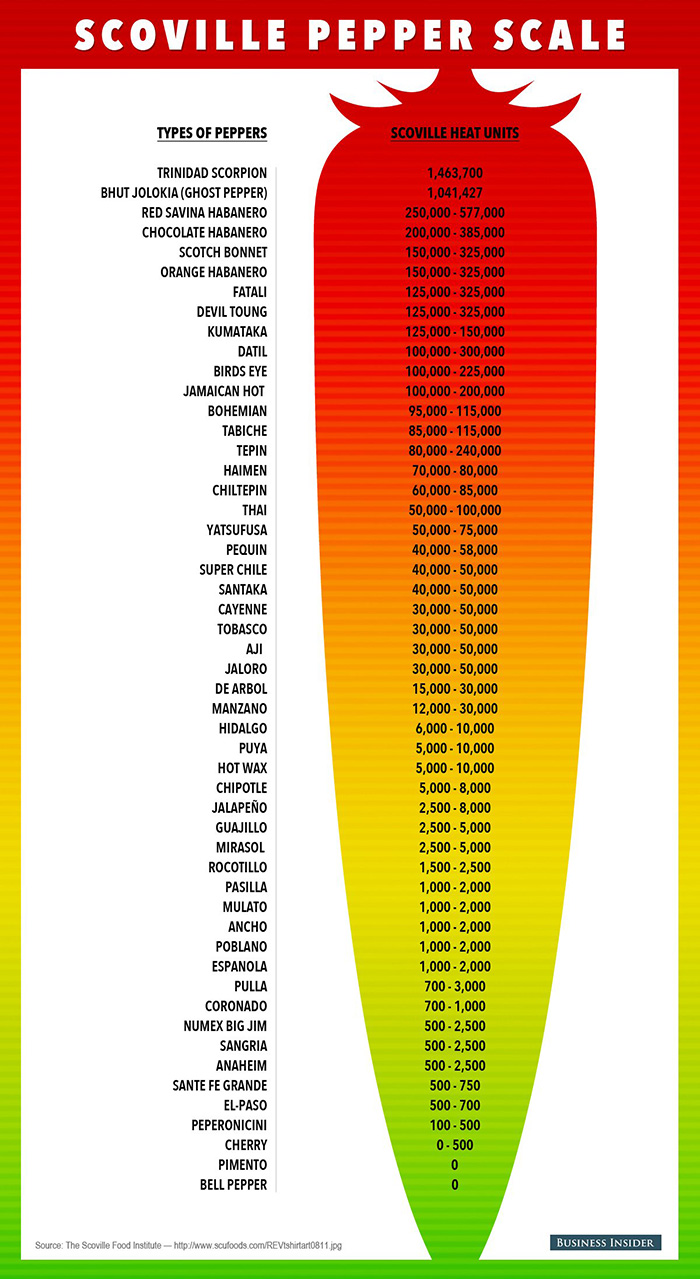 In Scoville’s method, an exact weight of dried pepper is dissolved in alcohol to extract the heat components (capsinoids), then diluted in a solution of sugar water. Increasing concentrations of the extracted capsinoids are given to a panel of five trained tasters, until a majority of three can detect the heat in a dilution. The heat level is based on this dilution, rated in multiples of 100 SHU.
A weakness of the Scoville method is its imprecision due to human subjectivity, depending on the taster’s palate and sensitivy to pungency; the human palate is quickly desensitized to capsaicins after tasting a few samples within a short time period.  Results vary widely, ± 50%, between laboratories.
Because of this, spice heat is usually measured by a method that uses high performance liquid chromatography (HPLC). This identifies and measures the concentration of heat-producing chemicals. The measurements are used in a mathematical formula that weighs them according to their relative capacity to produce a sensation of heat. This method yields results, not in Scoville units, but in American Spice Trade Association (ASTA) pungency units. A measurement of one part capsaicin per million corresponds to about 15 Scoville units, and the published method says that ASTA pungency units can be multiplied by 15 and reported as Scoville units.

+ There are no comments

This website uses cookies to improve your experience. We'll assume you're ok with this, but you can opt-out if you wish.Accept Read More